SIR is portable application for Windows that displays information of the system’s hardware and OS. It is a must have tool for every computer user, it does not require installation, you can run it directly from a USB flash drive, without worrying that it might affect your registry. It displays all the important information of the system on one page, which can be printed out by pressing the print button.


It features a simple interface that displays:


It’s a handy tool to carry on a USB stick to quickly view system information on any computer. 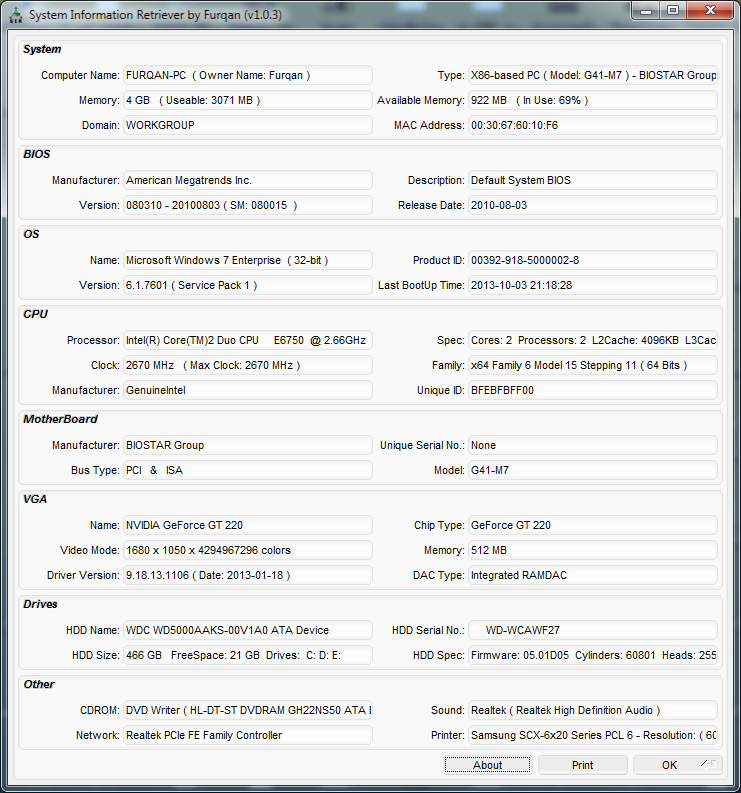